Virat Kohli, the captain of the Indian cricket team has also surpassed all Bollywood stars. Virat Kohli has the highest 'brand value' in India.

Virat Kohli Net Worth and Anushka Sharma Net Worth: Indian team captain Virat Kohli and Bollywood actress Anushka Sharma who is his wife, these two celebrities together have made big money in the year 2019. However, in terms of net worth, Anushka Sharma’s earnings in front of Virat Kohli appear to be poor. At the same time, if you talk about last year, Anushka has earned a lot fewer rupees than Virat. 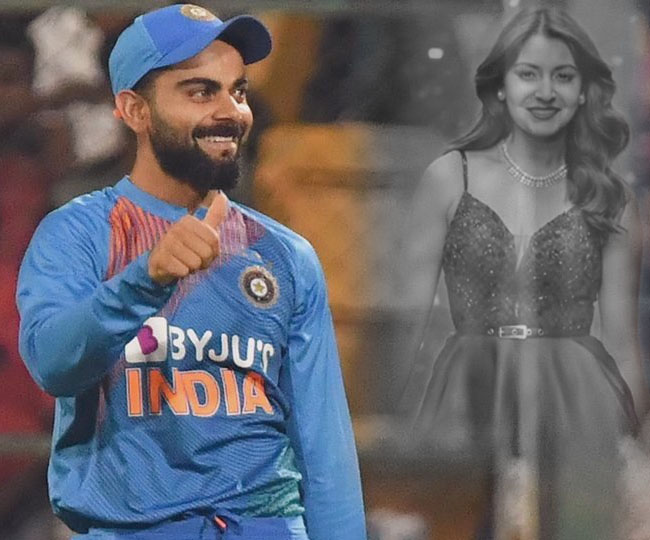 Virat Kohli’s net worth near 900 crores

Virat Kohli, the captain of the Indian cricket team has also surpassed all Bollywood stars. Virat Kohli has the highest ‘brand value’ in India. Virat’s brand value in the year 2018 was Rs 1200 crore. At the same time, King Khan of Bollywood has received a deep blow. Celebrity brand endorsement company Duff & Phelp released the report and informed that Kohli’s brand value has increased by 18%.

Must Read: How much do you know about Rihanna’s net worth? Discover here 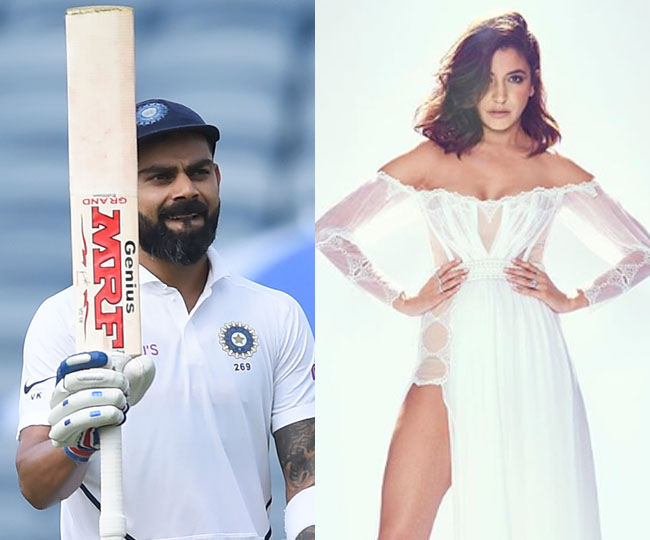 Anushka gets 12-15 crores from a film

Talking about Anushka Sharma at the other end, they get 12-15 crores for a film. So far she has done 19 films, most of which have proved to be hit. Anushka Sharma also runs her own production house Clean Slate Films. At the same time, she promotes a dozen brands from which she earns. Apart from this, she has also started a fashion level under the name Nush.

Must Read: 7 Latest Hairstyles By Virat Kohli, Which Gives Them A Great Look

Virushka also has big money in real estate, which she owns. Virat-Anushka, who got married in 2017, lives in a luxurious house in Mumbai, valued at Rs 34 crore. Apart from this, Virushka also has a property worth Rs 80 crore in Gurugram. On the other hand, Virat Kohli also earns millions through match fees and match awards, which increases his net value.

Virat Kohli earns 1205 crores every year, you will be surprised knowing only 1 hour’s earnings 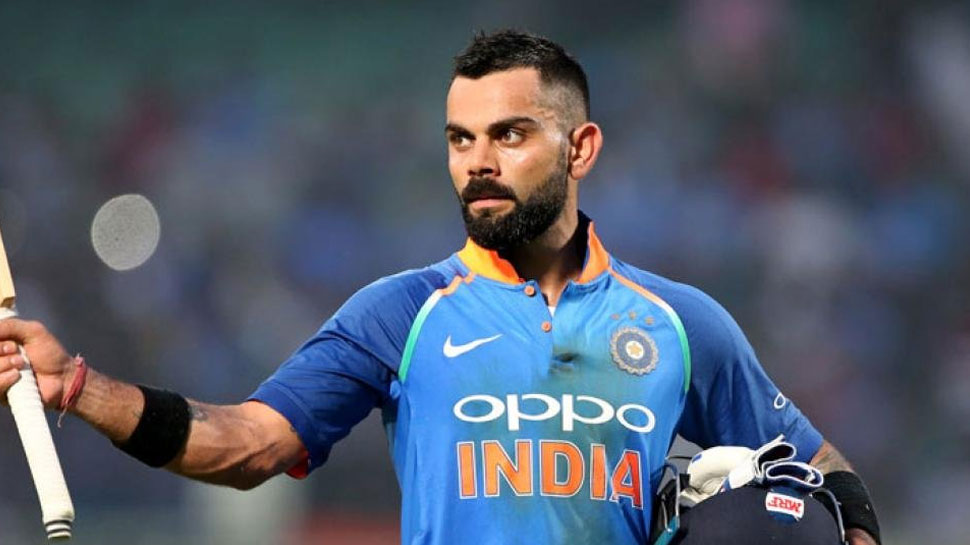 Virat Kohli is at number one

Virat Kohli has left everyone behind. In the year 2018, Virat Kohli remains at number one. Today, Kohli’s brand value is estimated at $ 171 million. In the second place is Deepika Padukone with $ 103 million and Akshay Kumar in third place with $ 67 million. It is followed by Ranveer Singh ($ 63 million) in fourth place and Shah Rukh Khan ($ 61 million) in fifth place. Kohli net worth in 2020 was $93 million including his salary, social media and his earnings from matches etc.

>>>>>> Net Worth of Virat Kohli is 3 times more than Anushka Sharma, know about his earnings

According to the information given in the report, the brand value of King Khan has fallen by about 43% this year. Along with this, the performance of his film Zero was also not much, due to which his brand value fell down. Raees was the last superhit movie of King Khan.

Earn about 6 crores in a day

Today, Virat Kohli is the ambassador of not one but 17 brands and includes all the well-known companies. This includes Audi, Manyavar, MRF tires, Boost Health drink, Gionee etc. Let me tell you that in today’s time Kohli’s daily earnings are more than about 6 crores.

Sachin is also involved in the race

Let me tell you that today Sachin Tendulkar is also the brand ambassador of about 12 companies and his annual revenue is about $ 22 million.

Must Read: 12 Amazing things from different countries that do not exist anywhere else on the planet

Most valuable athletes on twitter: A tweet by Virat Kohli net worth is 2.5 crores, while Ronaldo earns ₹ 6 crores

Virat Kohli is India’s largest brand value player. From MS Dhoni to Rohit Sharma, they are far behind. However, if seen worldwide, footballer Cristiano Ronaldo holds his own position. According to a report, Indian team captain Kohli is at number 5 among the athletes earning per tweet, while Ronaldo is the most expensive player.

Team India captain Virat Kohli has over 5 crore followers on Instagram. He is also the first Indian to surpass this charismatic figure. There is no doubt that Kohli is the most valuable cricketer in the world, but in terms of ‘brand value on Twitter’ (in terms of earnings per tweet), he is ranked number 5 in the world of sports. Let’s know how much Virat has earned and who are included in the top-5 …


Number one is Cristiano Ronaldo 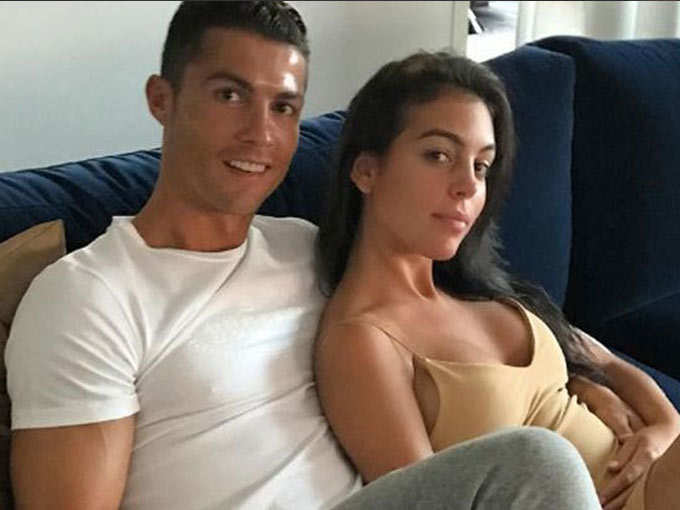 According to a report by social media marketing firm Opendorse, veteran footballer Cristiano Ronaldo is the number one sports star in terms of earnings per tweet. This charismatic striker from Portugal gets 6.2 crore rupees (868,604 US dollars). 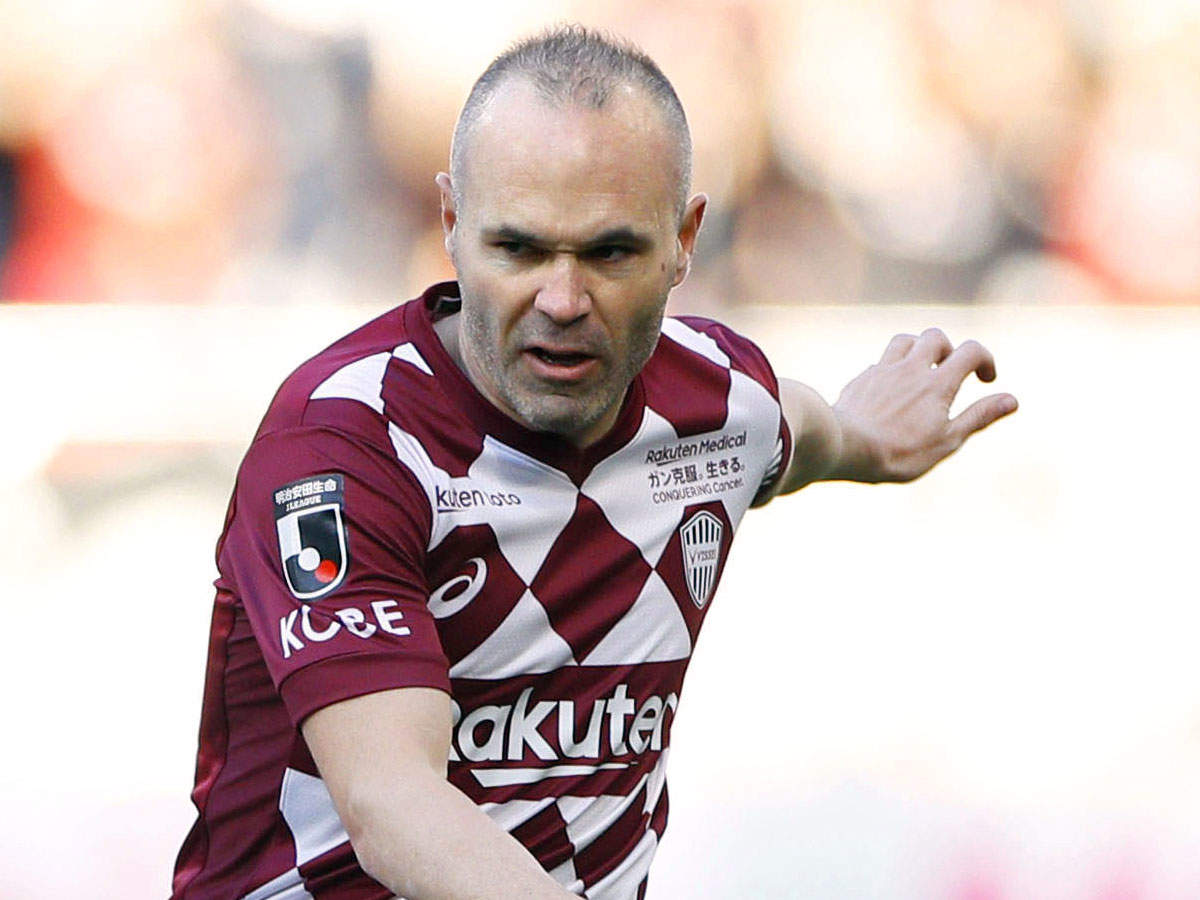 Spanish footballer Andrés Iniesta is named second. One of his tweets is expensive by Rs 4.3 crore (US $ 590,825). Please tell that Andrés is a central midfielder and in club football, he plays for Vissel Kobe.

Junior Neymar also ahead of Virat 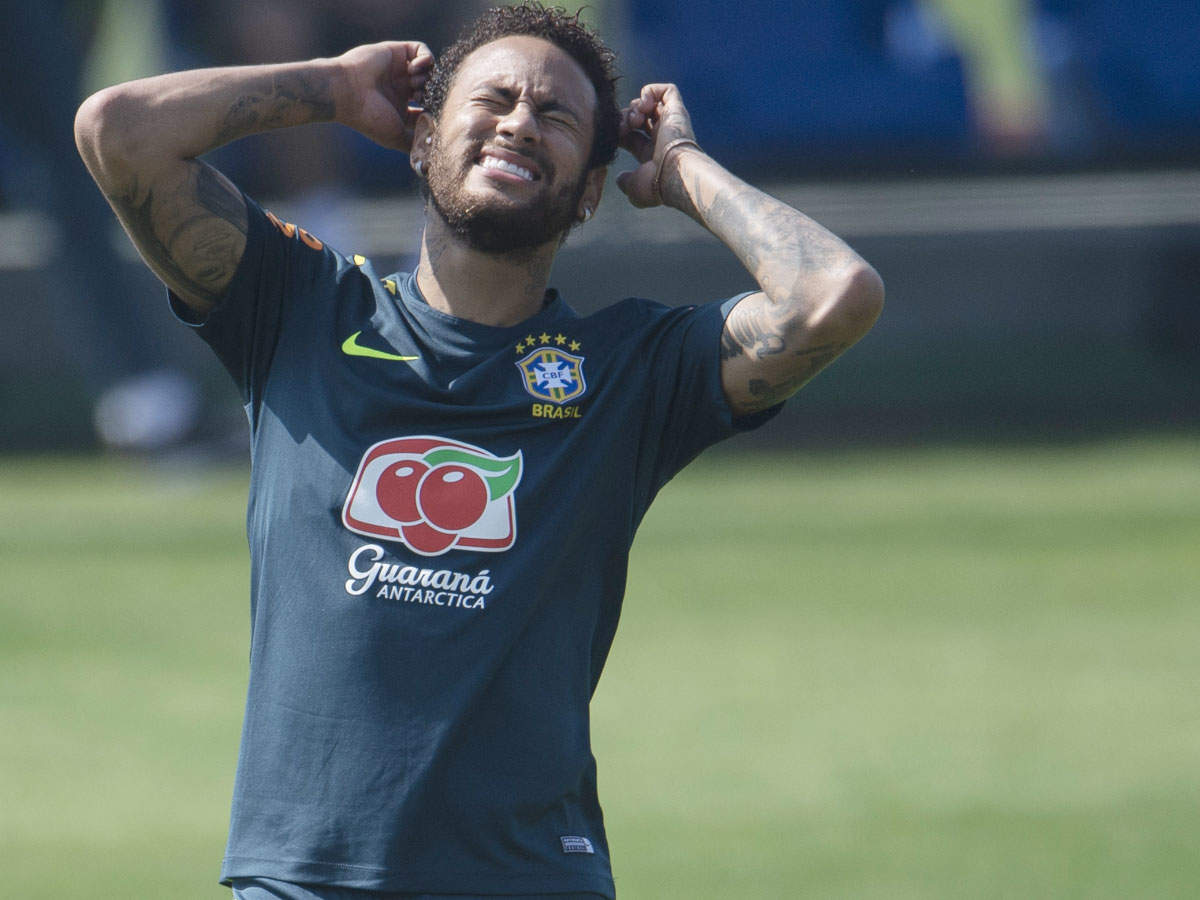 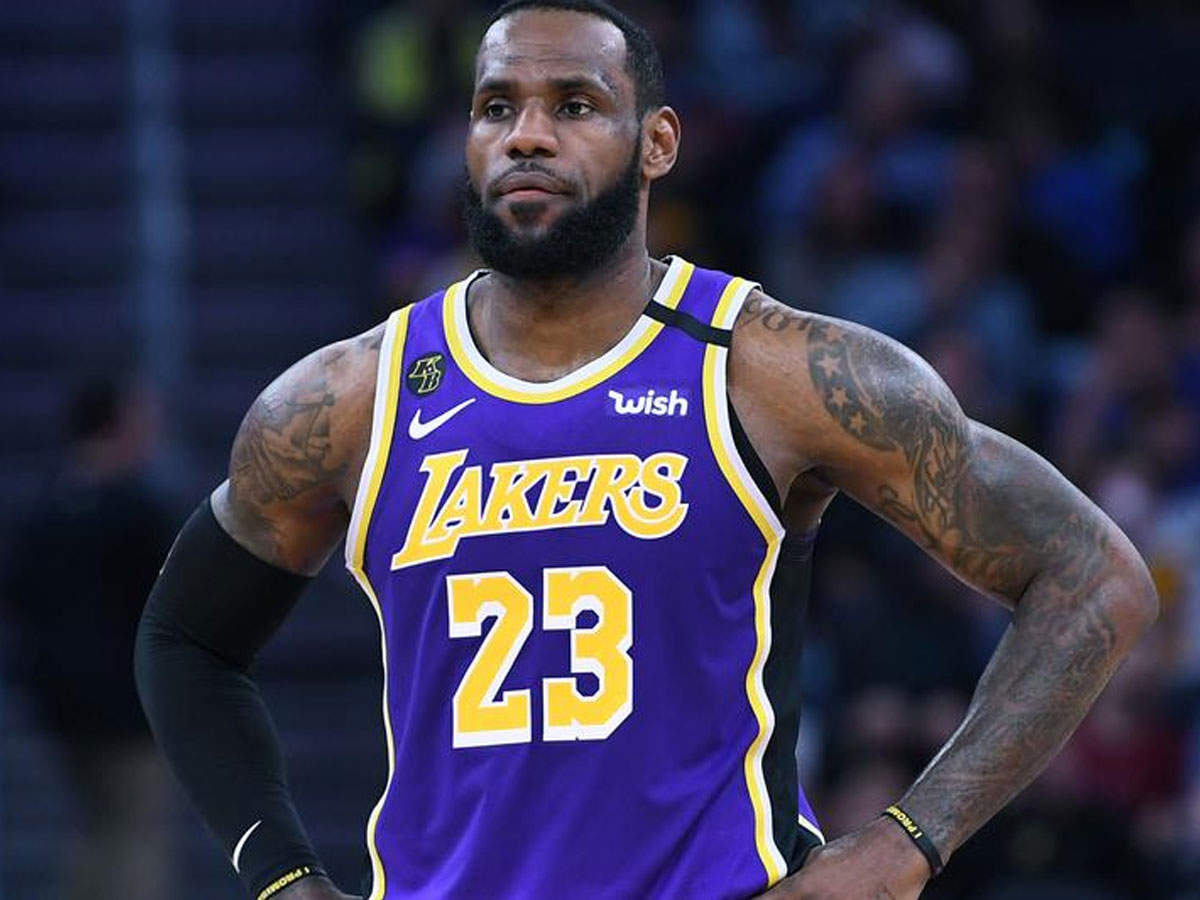 The fourth name is not from football, but from the basketball world. American basketballer LeBron James charges 3.4 crore (US $ 470,356) per tweet.

You May Also Like: 10 Hairstyles Inspired By Virat Kohli You Should Flaunt This Summer

Virat Kohli is at number 5 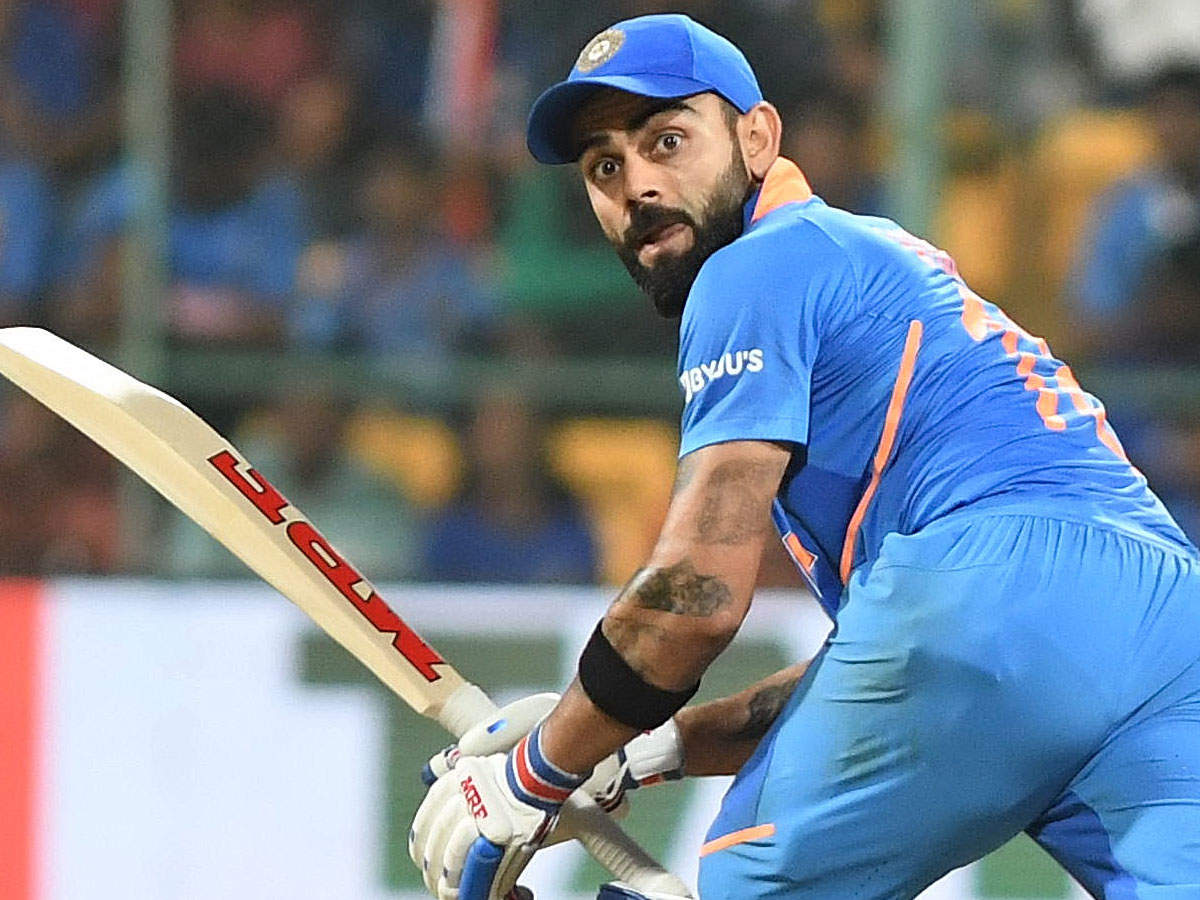 Virat Kohli, who was number one in Indian celebrations last year in terms of earnings and brand value, is the first cricketer in the top-5. He is number 5 on this list. Virat Kohli net worth in rupees or Virat Kohli Salary Rs 2.5 crore (US $ 350,101) from Twitter per post.

50+ Best Red Rose and Yellow Rose Tattoos and their meanings

Virat Kohli tattoos on his body with 8 amazing meanings

Eminem papa: who is his daughter who has become a social media superstar?

50+ Best Red Rose and Yellow Rose Tattoos and their meanings