We’ve all heard the story of the Romulus and Remus brothers, the founders of Rome who were breastfed by Luperca, a nurse beast known as the Capitoline wolf. However, few have been the authentic records of children who were raised by other animals and the only references we have our children’s films in which children live with a very civilized, though wild, herd, such as Tarzan or The Book of the jungle. Is this how animal protection is in real life?

The photographic project of the German artist Julia Fullerton-Batten,  Wild Children, presents incredible conceptual photographs that propose a dark look at this unusual child growth and collects 10 of the few true stories that exist around the world, in which small were found and rescued, after never having established human contact before.

Lost, abandoned or neglected by their true parents, these children behaved fiercely and developed the same survival and hunting techniques as their animal family. 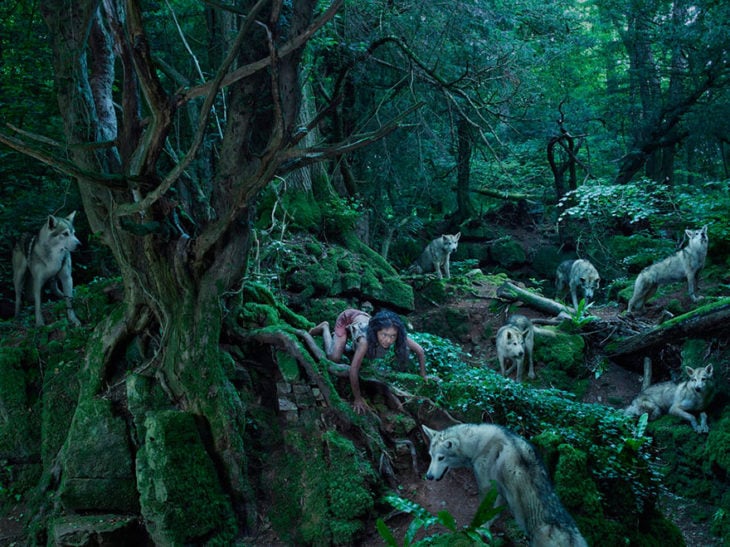 His finding happened when he was running on all fours with the rest of a pack, attacking a herd of goats and devouring them. Although she was captured, she managed to escape and in 1852 she was seen again with two wolverines, so she ran scared and never heard of her again. 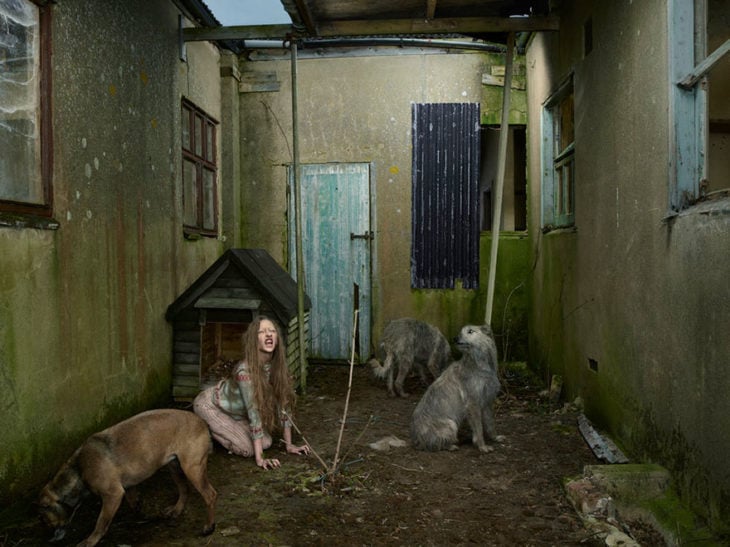 Her parents were addicted and left her when she was only two years old during a cold night, so she had to look for heat with some dogs and take refuge in a hut. The authorities found her six years later, having spent enough time for the little girl to walk on all fours, bark and behave like a canine.

10 short stories that reveal the essence of true love 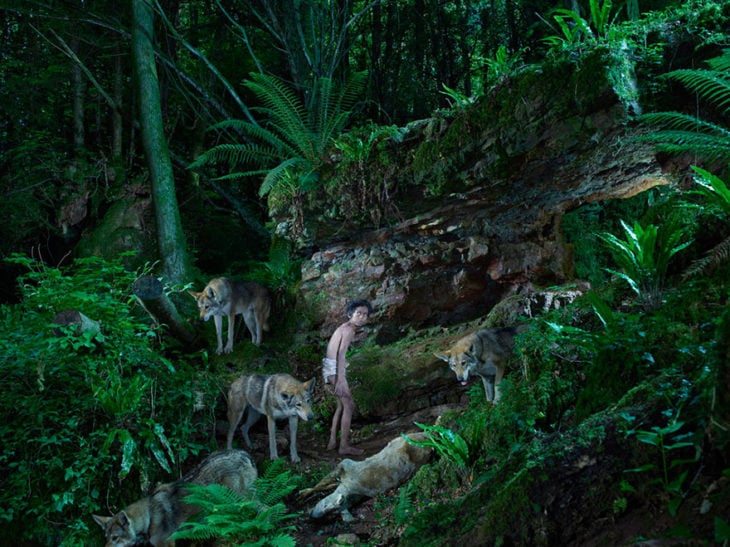 At four years of age, this boy was discovered playing with wolf cubs. His hair was matted, his nails were thick and curves like claws had grown, his skin was thick and very dark, he had calluses on feet and hands and his teeth had sharpened like those of wolves. He hunted other small animals, dug land and craved blood. Once he was rescued he continued eating raw meat and without talking to humans, they baptized him as Pascal and died two years later. 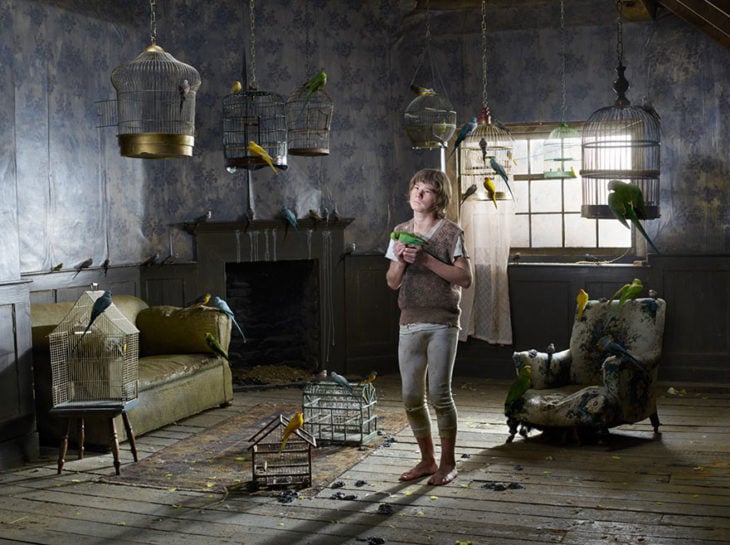 They found Prava when he was 7 years old living with his mother of 31, in a small two-room apartment. One of them was full of cages with birds and excrement and that was where the mother locked the little one and treated him like another pet. As his mother did not speak and the only communication he had was with the birds, he behaved very strangely, waving his arms and imitating his sound. Stay in a psychiatric center to readjust to civilization.

20 Short Love Stories that will Make You Smile 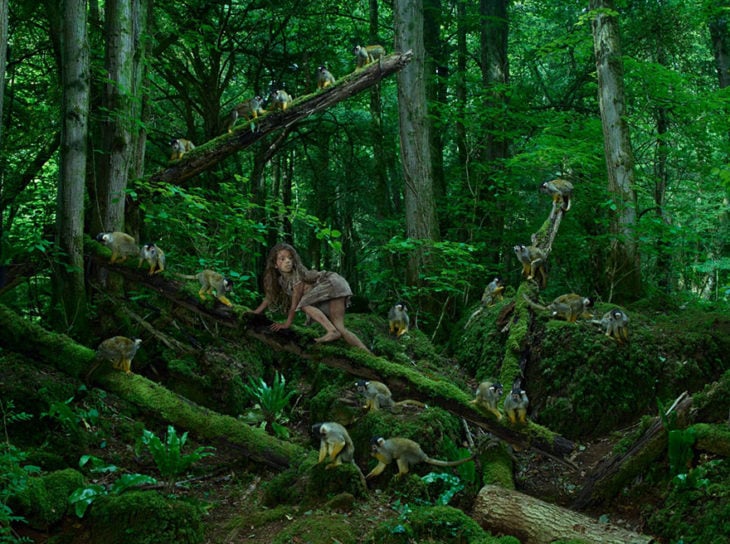 The little girl was kidnapped at age five, but her captors abandoned her in the jungle, so she lived with a family of Capuchin monkeys, from which she learned to climb trees and eat fruits to survive. Years later, he forgot all the language he knew and behaved like an ape, some hunters discovered and rescued her. However, taking advantage of her vulnerability, they sold her to a brothel, until a man took her to Bogotá to save her from sexual slavery. There he met a family that adopted her and helped him adapt back to civilization. Now she is married and has daughters, one of whom helped her write her autobiographical book  The Girl with No Name. 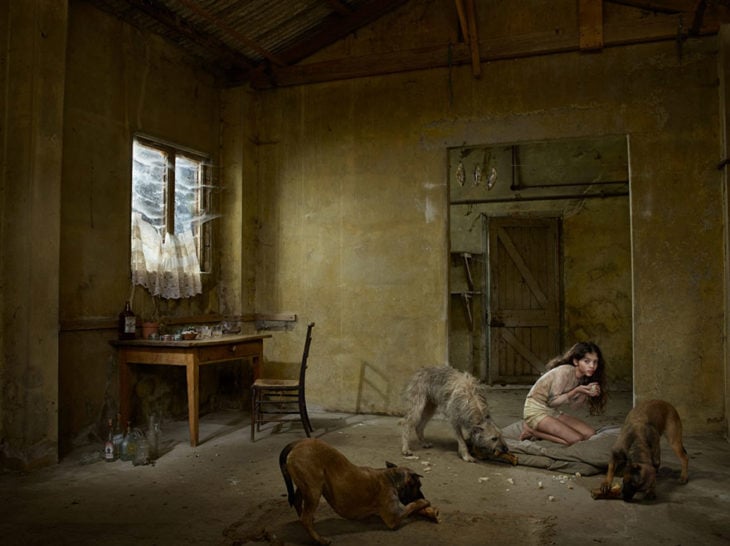 Madina lived with dogs since she was born. In 2013, social workers found her naked, growling and walking on all fours. Her father abandoned her newborn and her mother was an alcoholic, did not take care of her. The dogs and the girl survived with bones and leftover chicken leftover at the parties organized by the woman. The dogs were their only friends and despite their tragic past, therapists have hopes for their recovery. 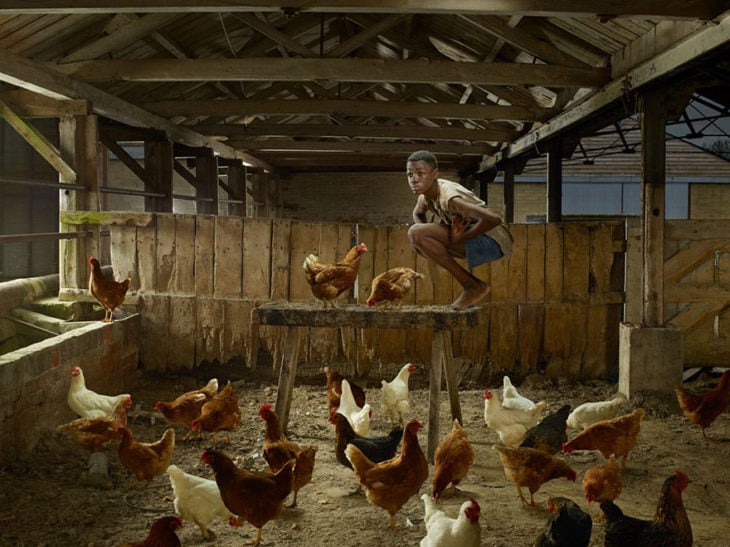 Since his birth, the parents of this child noticed a dysfunctional behavior, so they decided to place him in a chicken coop so he wouldn’t embarrass them. Sometime later the mother committed suicide and the father was killed, being under the care of his grandfather. However, he also left it there and when he turned eight he managed to escape to a road, where he was found running very strangely, shouting and imitating chickens. His aggressiveness was such that he had to spend 20 years tied to a bed, now he is recovering. 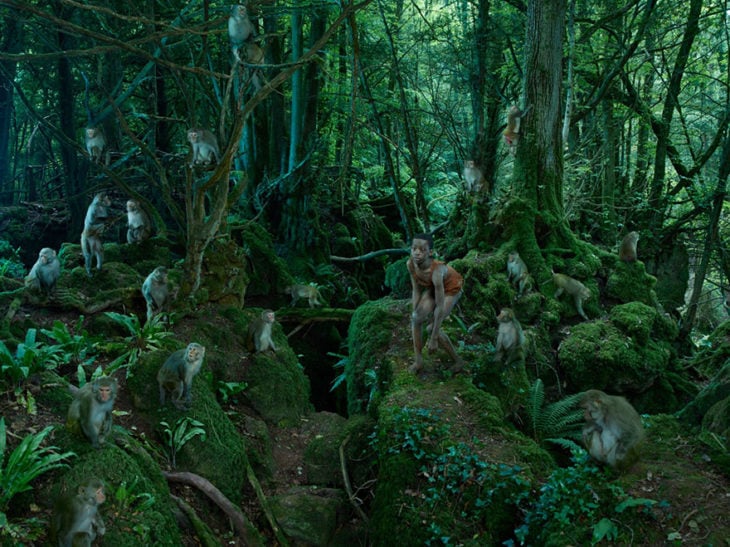 After witnessing the murder of his mother, John Ssebunya fled home at age three, entering the jungle to meet a herd of apes. Sometime later they found him and took him to an orphanage, where they discovered that he had hair all over his body and that he had many parasites. There he learned to behave like a human, to communicate, to live in society and to sing. Today it is part of an important African choir that tours around the world. 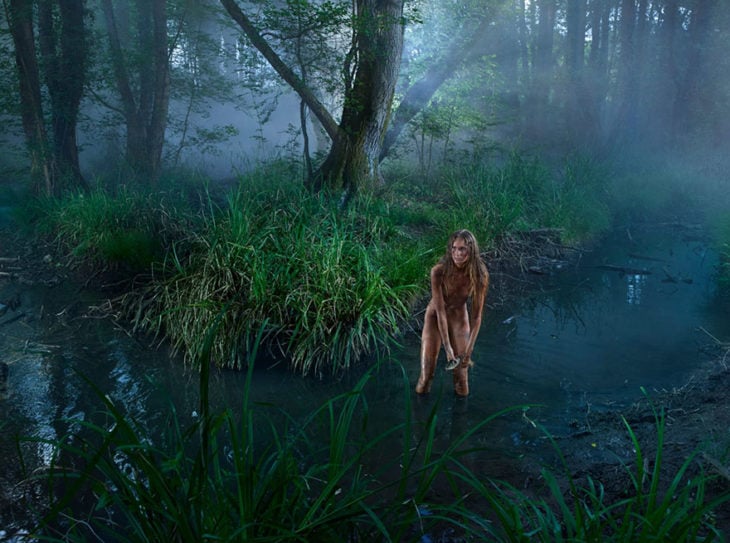 She walked alone in the forests of France for more than a decade, fighting wild animals and hunting frogs or birds with stones and sticks. When she was captured at the age of 19, she could not speak and had claws, but the Queen of Poland took her to practice rabbit hunting because of her ability and speed. Thanks to several friends of the queen, she learned to speak French and became a very rich woman. 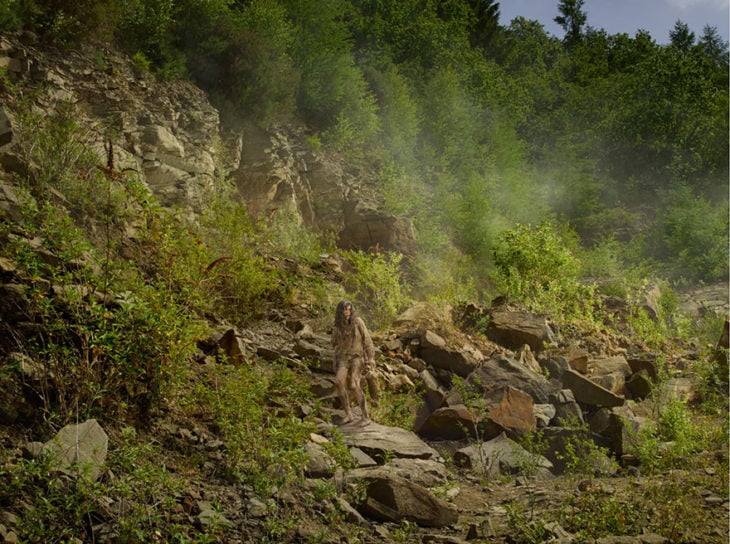 Probably one of the stories of the oldest wild children with the greatest record of evidence and testimonies was that of Victor. They found him in the forests of Caune, very close to the Pyrenees and after several failed catches, the scientists finally located him and began to do certain tests. Jean-Marc Gaspard Itard devised a new treatment to improve Victor’s mental state and leave an inheritance to science for similar future cases, but unfortunately, it didn’t work; Victor was still very violent and could not teach him to speak, so he was taken to a Parisian mental health institution where he died at 40 years of age.

Try not to laugh at this

15 cute wallpapers to color your Phone

10 Little Laws of Gratitude that will change your life

12 Images and videos that show social distancing at its best

20 Short Love Stories that will Make You Smile

10 short stories that reveal the essence of true love

15 cute wallpapers to color your Phone